This left out order-6, of which I show many examples below. As it turns out, this particular radial tessellation lends itself particularly well to a variety of coloring-schemes. In the first picture, the construction-circles, -points, and -lines I used are shown; in the rest, they are hidden.

No upper limit exists to the order-number of these all-hexagon radial tessellations — although the larger that number gets, the thinner the hexagons become, relative to their edge length. At some point (which I expect would vary from person to person), as the order-number increases, the hexagons needed will become so thin that they will no longer be recognizable as hexagons.

Next, with construction artifacts hidden, are some two-color designs I found. 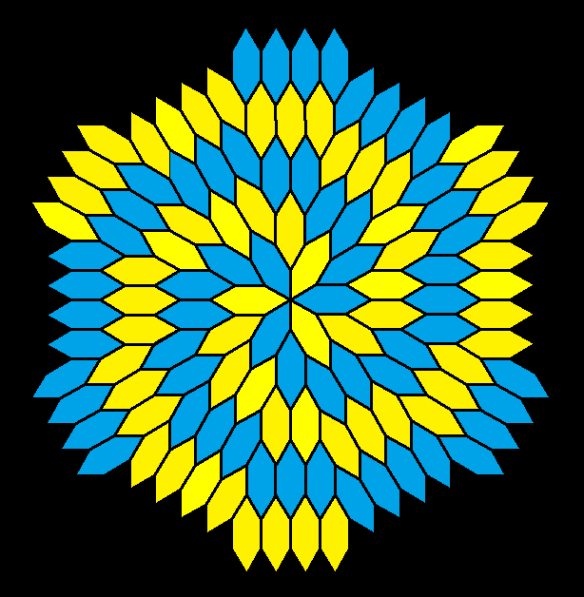 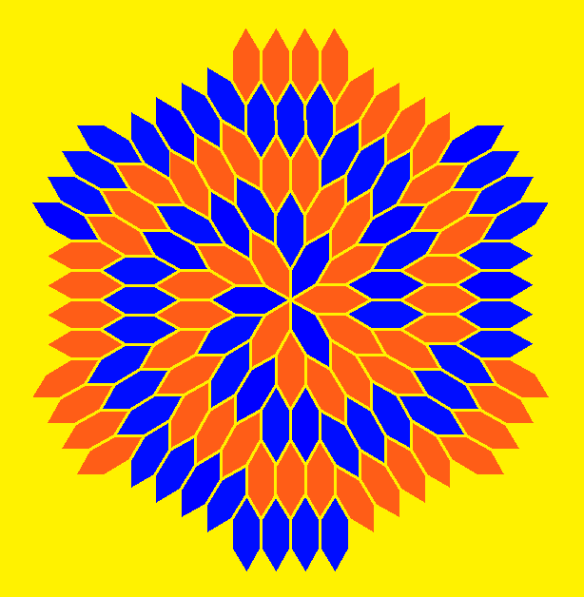 Here are some which use three colors each: 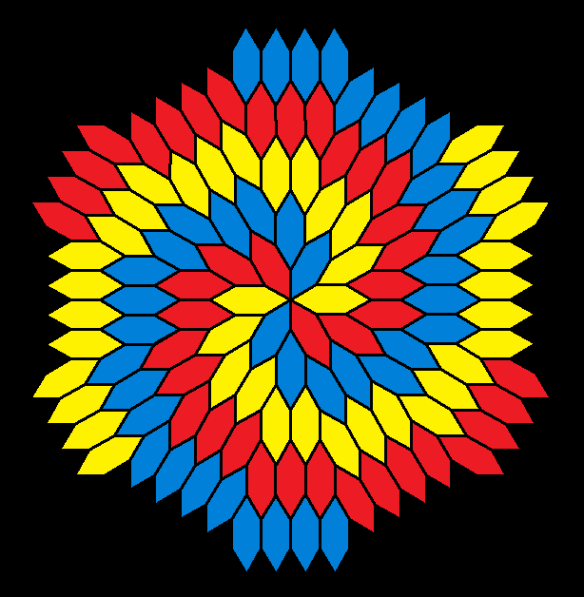 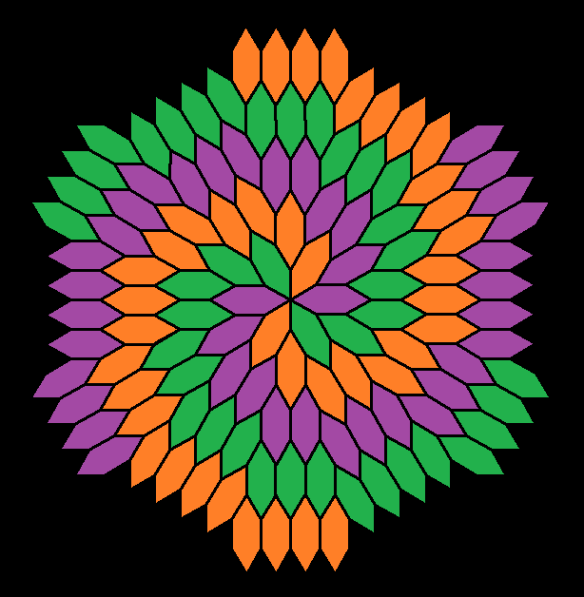 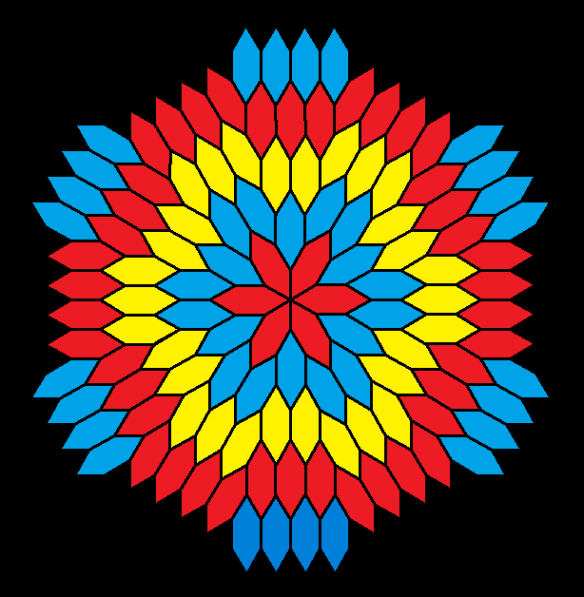 I also found some four-color patterns with interesting symmetry: 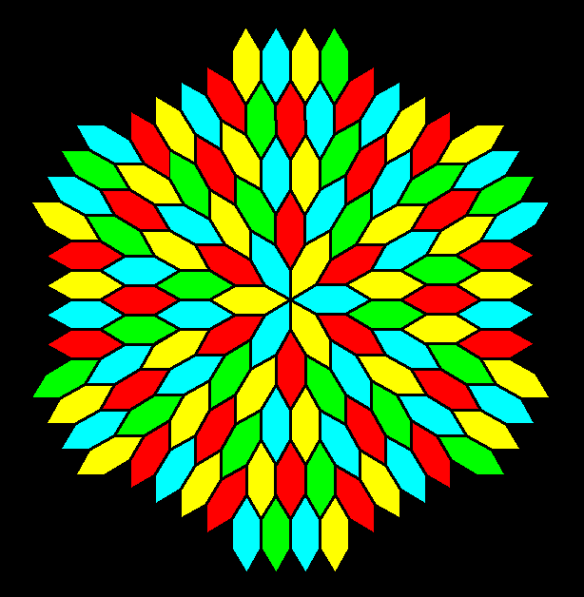 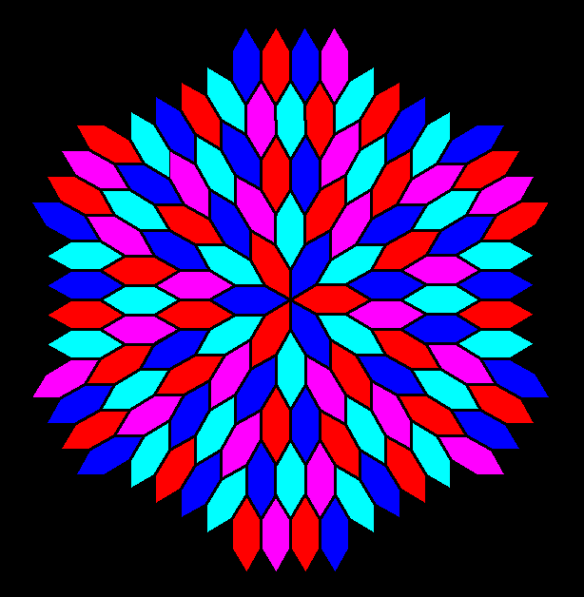 Finally, here are some which each use six colors. 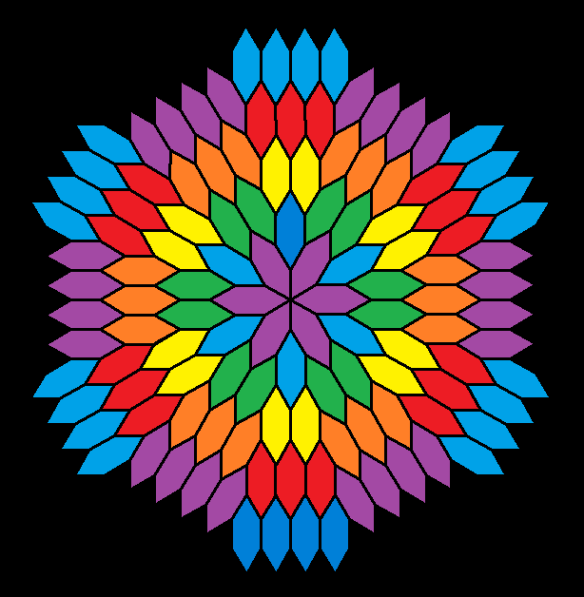 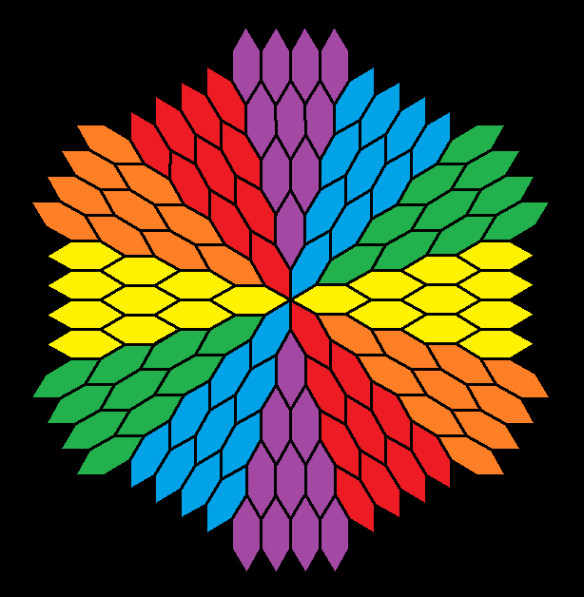 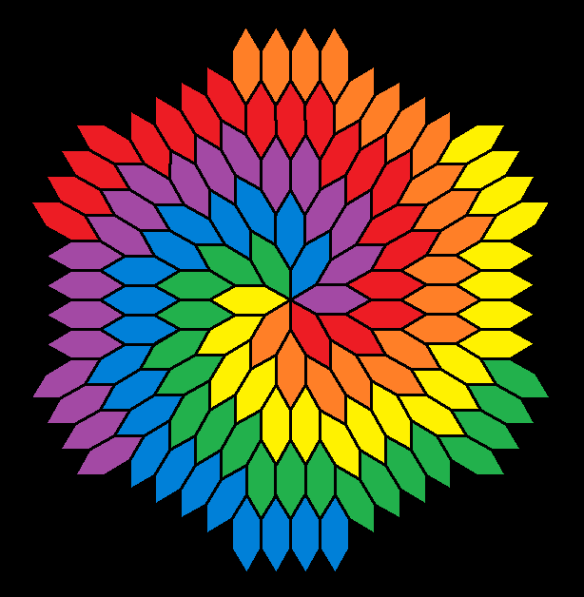