The thing is, kittens really aren’t very good at housework — but at least he’s trying, right?

Of course, he might have been wanting a shower instead. It’s hard to tell what Jynx is thinking sometimes. 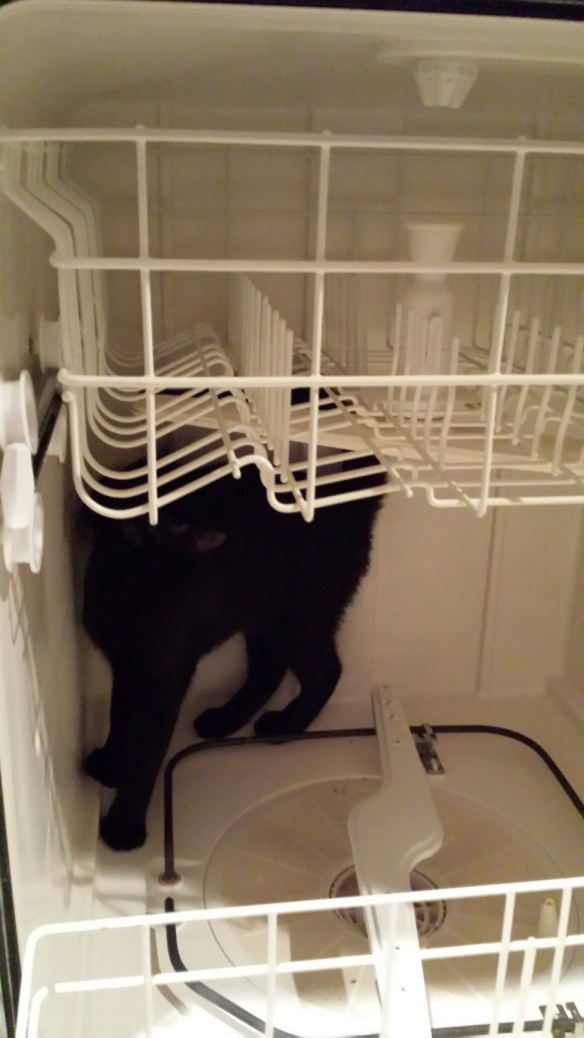 This did cause a delay in the dishes getting done, for we were laughing too hard to load any dishes for quite some time, even after these pictures were taken.

No kittens were harmed in the making of this blog-post . . . but I will admit that the temptation to close the dishwasher, and then start it, did exist. However, we unanimously decided against it.