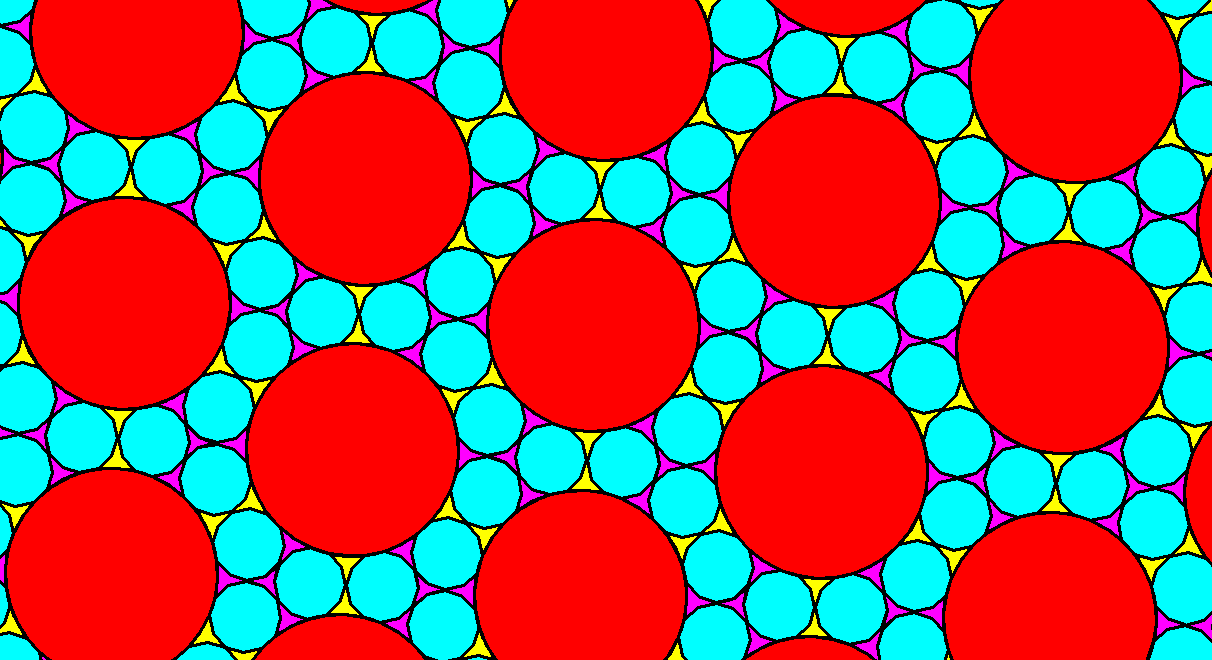 Hexacontakaihexagons have 36 sides, and dodecagons, of course, have twelve. When a regular hexacontakaihexagon is surrounded by twelve regular dodecagons, in the manner shown here, adjacent dodecagons almost, but not quite, meet at vertices. The gaps between these near-concurrent vertices are so small that they cannot be seen in this diagram — a zoom-in would be required, with thinner line segments used for the sides of the regular polygons.

As a result, the yellow and purple concave polygons aren’t what they appear, at first, to be. They look like triconcave hexagons, but this is an illusion. The yellow ones, in sets of two regions that aren’t quite separate, are actually tetraconcave, equilateral dodecagons with a very narrow “waist” separating the two large halves of each of them. As for the purple ones, they appear to occur in groups of four — but each set of four is actually one polygon, with three such narrow “waists” separating four regions of near-equal area. These purple polygons are, therefore, equilateral and hexaconcave icosikaitetragons — that is, what most people would call 24-gons. 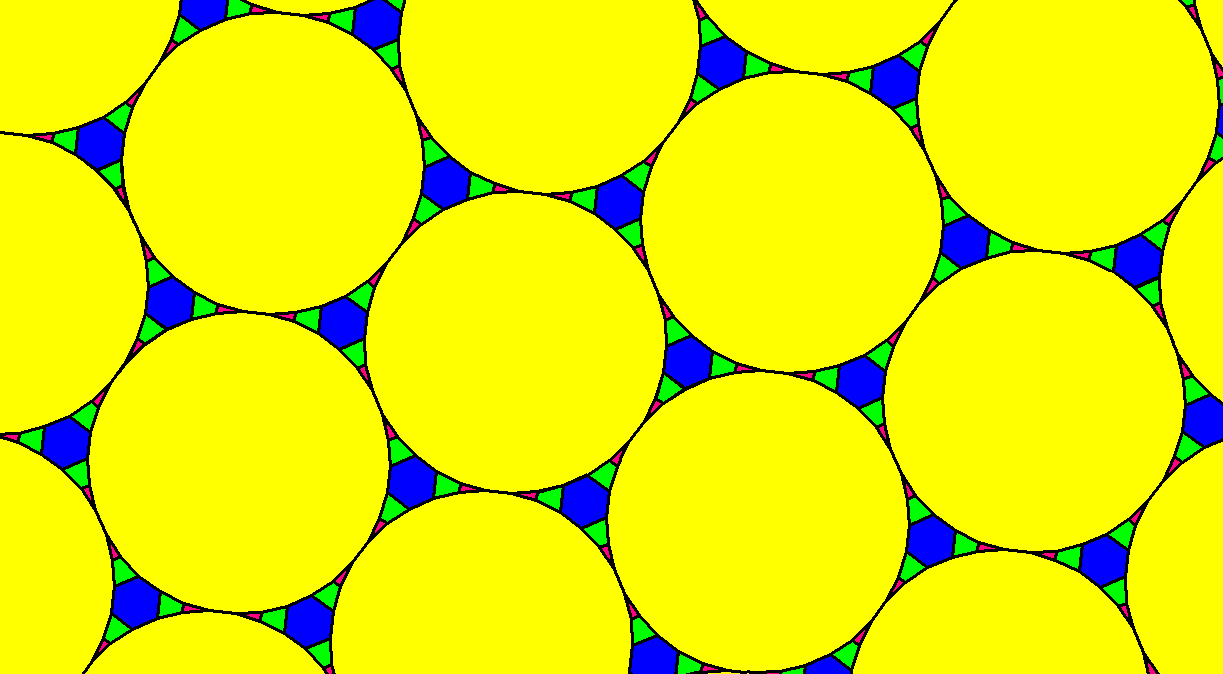 The equiangular hexagons are very nearly regular, with only tiny deviations — probably not visible here — “from equilateralness.”