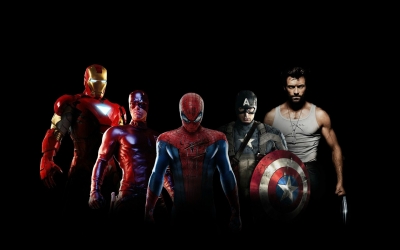 Iron Man, Daredevil, Spider-Man, Captain America, and Wolverine each have a favorite food, a favorite beverage, own one pet, and have a single hobby. Based on the clues which follow, find out these things:

Here are the clues. Answers will be revealed in the comments, but only after someone solves the puzzle (to avoid spoiling anyone’s fun).

The first person to leave the solutions in the comments wins bragging rights.