I found the image above through the Wikipedia article on the golden ratio. After using what appears above to define the golden ratio, the article then reveals its exact and approximate values. Later, the writers of the article do show the calculations involved in doing this, but they seem unnecessarily complicated. I’m going to try to simplify the process here, and might later edit/simplify this Wikipedia article to make it more understandable.

Also, I’m changing my mind regarding changing Wikipedia, on this subject. The two versions of the calculation (the one now on Wikipedia, and mine) don’t match, but both are mathematically valid — and, while my version makes more intuitive sense to me, that doesn’t mean it would make more sense to others, and Wikipedia isn’t there for me alone. Until I actually wrote the calculation out, I thought my version would be simpler, but I cannot claim that now.

[Later addition: see the first comment below for a way, suggested by a reader of this blog, to simplify the calculation, as I wrote it above. I’m not going to take credit for his improvement, of course — that would violate mathematical etiquette!] 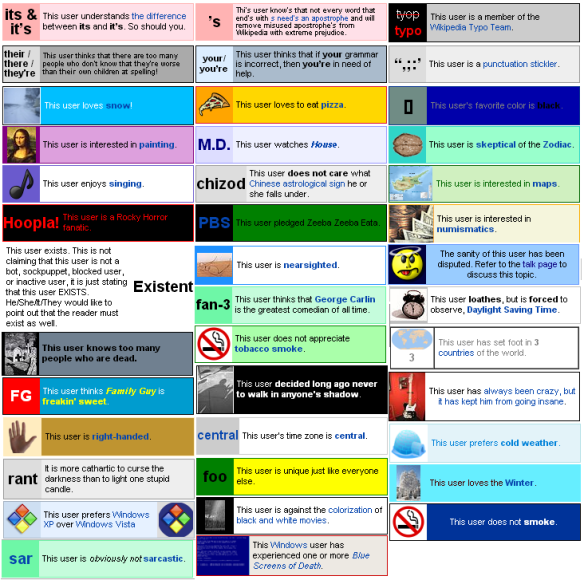 If you’re also a Wikipedean, and want some of these userboxen for yourself, feel free to copy them from my userpage. To help you find it: my username on Wikipedea is RobertAustin at the time of this posting, but should change to RobertLovesPi in just a few days.

And, yes, there are even more…. 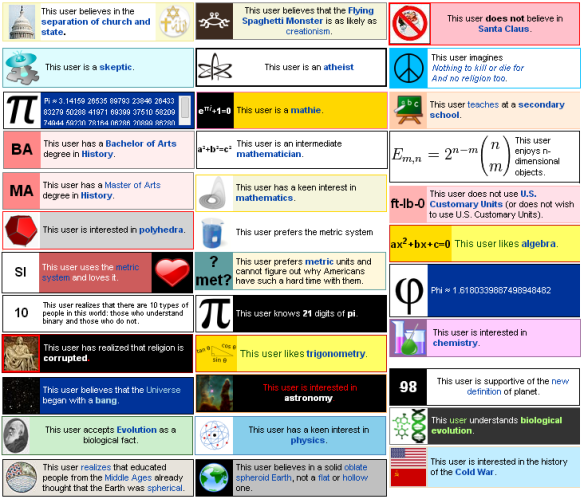 Collecting userboxen on Wikipedia is fun, but almost no one (except other Wikipedians) ever sees such collections. Since you can learn a lot about a given Wikipedian by their collection of userboxen, my blog seems like a good place to re-post my collection. It’s being done in pieces, simply to maintain legibility. 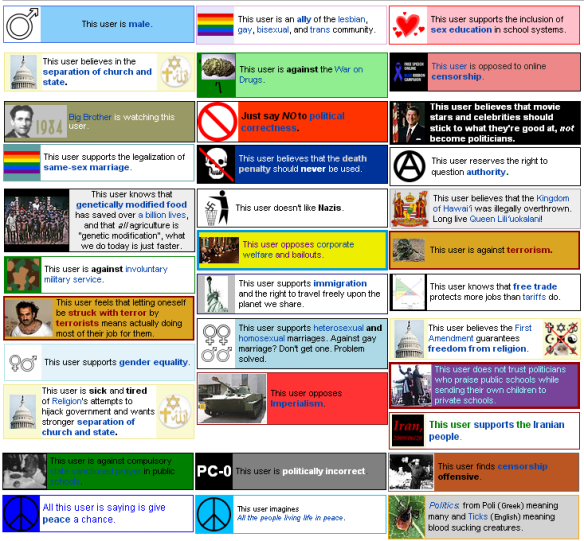 I’ve been editing Wikipedia under my own (legal) name for years, although I just submitted a request to have my Wikipedia-name changed to match the name of this blog. Every Wikipedia user has a user page, and can put these userboxen on it. Here’s the first part of my collection.