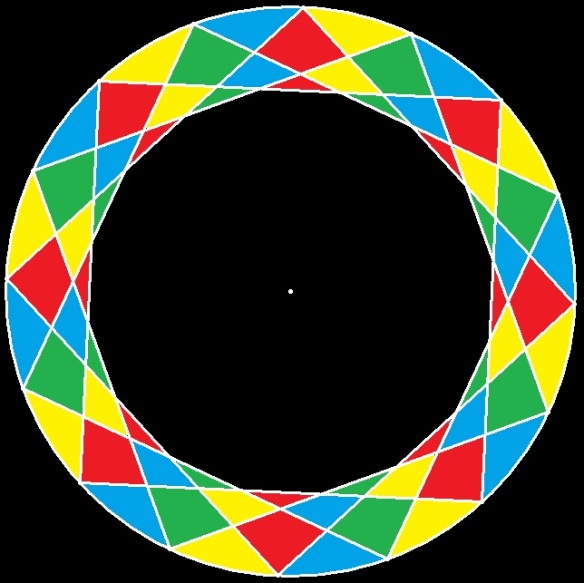 It just occurred to me that there are an absurd number of common phobias, such as claustrophobia or acrophobia, for which I have the polar opposite — an unusual attraction to the commonly-feared thing or situation. (Since I am no stranger to anxiety, so this is rather odd.) Claustrophobics fear enclosed spaces, while those with acrophobia fear heights. If someone told me that a sensory deprivation tank was available for my use, atop the nearest mountain, I’d drive straight there, climb the mountain, get in the tank, and seal myself in for hours, for two reasons: I love being in enclosed spaces, and also absolutely love heights. Combining the two would be awesome!

There is a proper word-ending for the opposite of a phobia, of course: “-philia.” Unfortunately, though, use of words which end with -philia is problematic, due to the fact that the most often-used words with this ending refer to criminal acts. There’s nothing wrong with the words “claustrophilia,” nor “acrophilia,” to a linguistic purist. To a pragmatist, though — which I am — the undesirable effect of reminding the reader of such horrors as pedophilia must be taken into account. For this reason, I find it preferable to state that I have the opposite of both claustrophobia, and acrophobia.

In alphabetical order, then, here are some common phobias for which I have the polar opposite:

The next time anxiety is a problem for me, I’ll try to remember to think about this list of anxiety-problems I don’t have, but which do affect many other people. I could certainly have it worse when it comes to anxiety, and it harms nothing to keep that in mind. In fact, it might even help.

There are quite a few posts on this blog on the subject of mental health, and they can be easily found by simply looking at that category, in the pull-down menu on the right side of your screen. In these posts, I have been quite candid about such things as my own panic disorder, PTSD, and Asperger’s Syndrome.

What I have not done, until now, is explain my reasons for my openness on this subject.

First and foremost, I am trying to do what I can to remove the stigma which surrounds the entire subject of mental illness. This stigma is harmful, for it keeps millions of people who need help from mental health professionals from seeking it, out of fear of being labeled and/or ostracized — or worse. I learned this the hard way:  by experiencing it. I had my first panic attack at age 16. Like most panic attacks, this one lasted perhaps twenty minutes, or less. Few people have panic attacks that last longer than that — unless they fail to seek treatment, and the panic attacks continue to happen, which is what happened to me.

Over time, panic disorder tends to become worse, if not treated. The fear of the panic attacks themselves becomes an issue, for those who have them frequently, and such fear can lead to people avoiding situations where they fear a panic attack would be particularly embarrassing, and/or debilitating — somewhere like, for example, the middle of a Walmart, or their church, or their workplace. In some cases, untreated panic disorder leads to full-blown agoraphobia, with some people actually reaching the point where they simply do not leave their homes at all — until they die.

In my case, I avoided treatment for my own panic disorder (or any other mental health problem) for about a decade, specifically because of my fear of the stigma of mental illness. I tried to keep my panic attacks a secret, but, of course, that did not stop them. They grew in intensity, and the duration of the attacks increased as well. A ten-hour panic attack — something which is incredibly rare — is what finally drove me to get over my fear of this stigma, and make an appointment with the man who is still my psychiatrist.

In the years that followed, I grew more and more disturbed by the existence of this stigma, and finally made a decision:  I would do whatever I could to neutralize it, for the benefit of others. I do not wish anyone to suffer the effects of deliberately delaying needed medical treatment. After much thinking, I eventually figured out one thing I can do, toward this end: be open about such matters, simply to help others know that mental illness can, with appropriate help, become transformed into mental health. In other words, as with many other illnesses, those with mental health problems can, and do, get better. This is why I have chosen the category-name “mental health” for these posts, rather than “mental illness.”

Of the particular struggles I have which involve issues of mental health, PTSD is the most difficult to treat . . . but I work hard, with the help of my doctor, to get better. What’s more, it is working, although I cannot claim this work is complete. I want everyone to know that getting better is a goal which is both realistic, and achievable.

With Asperger’s, my motivation for openness is somewhat different, for this condition is not actually a mental illness at all, as evidenced by the fact that it was recently “de-listed” from the latest version of the DSM (Diagnotic and Statistical Manual of Mental Disorders). Asperger’s Syndrome is simply a difference in the way some people think, as opposed to an actual disease. Some “Aspies” (our culture’s own nickname for ourselves), however, do suffer greatly, because of the difficulties involved in interacting socially with others, especially non-Aspies. I share what I have figured out, on this subject, with two goals in mind: (1) helping my fellow Aspies who struggle, and sometimes suffer, because of these differences, in any way I can, and (2) helping non-Aspies understand us better, so that these difficulties in interaction between Aspies and non-Aspies can become less of a problem — for everyone.

Finally, it simply feels good to no longer be trapped, in a metaphorical closet, regarding these things which are, after all, part of my life. As the saying goes, borrowed from the gay rights activists who invented it, “closets are for clothes, not for people.”

I much prefer letting the sunshine in.

Right (I’m glad I have these going for me):

Without Asperger’s (we call ourselves “Aspies”), which can help me shut down emotions when I need to, and look at things from a logical, problem-solving perspective, thinking out ways to cope with the first three would be virtually impossible. Also, without the professional treatment mentioned above, I’d be in a rubber room, or worse, by now.

These lists are obviously not complete. I’m focusing on things related to mental health, because I want to do everything I can to de-stigmatize mental health problems, and getting diagnosis and treatment for them, for everyone. That’s the purpose of this blog-post.